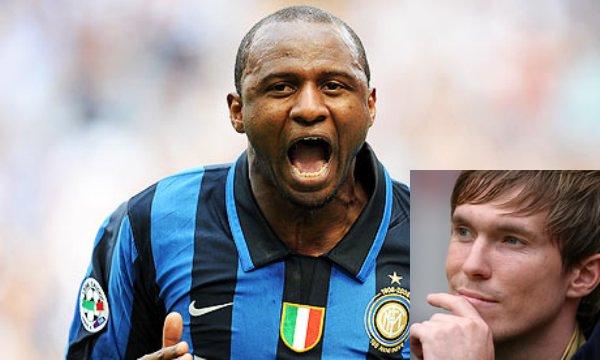 Breaking transfer news are coming out of France and Lyon director Bernard Lacombe has announced his interest in signing midfield pair Alexander Hleb and Patrick Vieira.

Barcelona ace Hleb has spent the majority of the season on the bench and is looking for a move away from the Nou Camp, while Lacombe has admitted the recently deposed French champions are keen to snap up the 28-year-old.

Lacombe told local media that Hleb is a good player and Lyon will do their best so sign the speedy winger.

Lacombe also added that French International Patrick Vieira could also be on his way to Lyon after an injury-ravaged season at Internazionale.

The France international has claimed he does not want to leave the Guiseppe Meazza but admitted he could be on the move if it would improve his chances of making next summer’s World Cup.