It has been reported that Lyon star Alexandre Lacazette could be available for as little as £21million this summer. 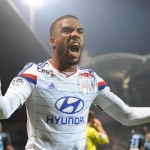 The Frenchman scored 30 goals across all competitions last season, and has long been a target of Arsenal manager Arsene Wenger.

Lacazette was previously priced at £50million by Lyon president Jean-Michael Aulas earlier this summer, however the Telegraph reports that £21m may be enough given contract negotiations between player and club have reportedly collapsed in recent weeks.

Lacazette would follow recently signed Petr Cech as Arsenal’s second addition of the summer as they look to bridge the gap with current champions Chelsea.