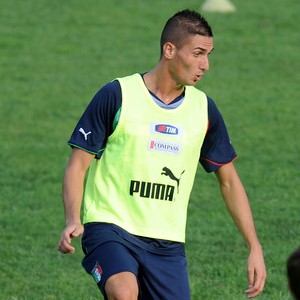 Interesting news are out and it has been reported that Manchester United youngster Federico Macheda has urged his fellow countryman Mario Balotelli to join crosstown rivals Manchester City.

The promising 18-year old has made a home for himself in Manchester and believes Balotelli would benefit from leaving Inter Milan to join City.

“He’s coming to play in England because in the Premier League he will be a protagonist,” Macheda said.

“I’m proud to be playing in a championship that’s different to ours (Italian) where a young player has the chance of playing.

“For a while there was a possibility that I would be sold and then Manchester (United) confirmed me and I’m delighted with that choice.

“In England someone like Balotelli would feel good and would play. I’m delighted he’s been picked by (Italy senior coach Cesare) Prandelli, whether he deserves it or not only the future will tell.”


Drogba : I Have Been Carrying Injury All My Career