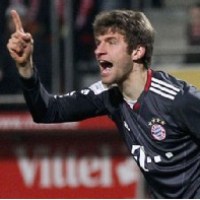 Bayern Munich moved up to second in the Bundesliga thanks to an impressive victory over Mainz at the Bruchweg Stadion.

Goals from Bastian Schweinsteiger and Thomas Muller put the Bavarians on the way to all three points and Mario Gomez allowed them to conserve their energy for the last 10 minutes with the third. Sami Allagui then scored a consolation for Mainz, but Bayern held on without any problems for their second straight win.

Bayern started with wingers Arjen Robben and Franck Ribery in their side for the second week running. And the outcome was the same as last weekend’s emphatic 4-0 triumph over Hoffenheim.