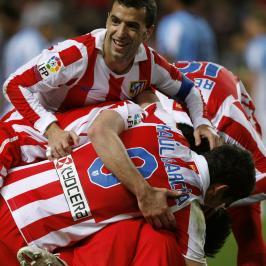 Simao said goodbye to Atletico Madrid in style as he handed goals to Tiago and Alvaro Dominguez in a 3-0 La Liga win at Malaga as they bounced back from their Europa League exit.

All the set-pieces came from the left flank as the right boot of the soon-to-depart winger found the head of Tiago, who scored with the first and last efforts and knocked the ball across to defender Dominguez for the second.

Atletico move sixth after the win, while Manuel Pellegrini’s struggling Malaga stay in the relegation zone after their recent revival was brought to an abrupt end.