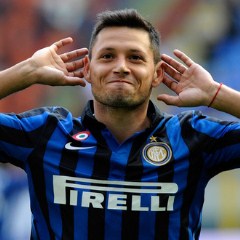 According to the agent of Mauro Zarate, his client has received a bid from Spanish club Malaga.

The 25 year old Argentine spent this season on loan at Inter, who do not seem intent on making the move a permanent one.

“I know that Malaga made an unofficial proposal worth €12m for Maurito and I think at the end of the day he’ll probably end up in Spain, especially as the Andalucía club are ambitious,” agent Jose Alberti told Radio Sei.

“Aston Villa? No, he can’t go there. He can’t remain at Lazio either, because there is one person who doesn’t want him there and that is Tare.”