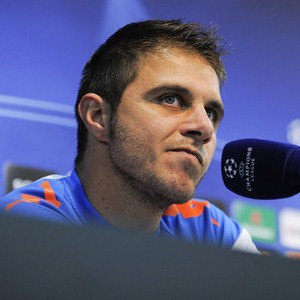 Transfer news from the La Liga is out and it has been confirmed that Malaga have completed the signing of Valencia winger Joaquin.

The 29-year-old has spent the last five seasons at Valencia after joining Los Che from Real Betis for a fee in the region of 24million euros.

Although financial details of the transfer have not been announced, it has been reported in Spain that Malaga will pay around 4million euros for Joaquin.

Malaga said in a statement on their website: “Malaga and Valencia have reached an agreement for the transfer of Joaquin.

“The two clubs have closed an agreement for the player to become Malaga’s seventh signing for next season, after Diego Buonanotte, Martin Demichelis, Ruud van Nistelrooy, Nacho Monreal, Jeremy Toulalan and Joris Mathijsen.

“Joaquin has also reached an agreement with Malaga and in the coming days will sign his contract with the club.”