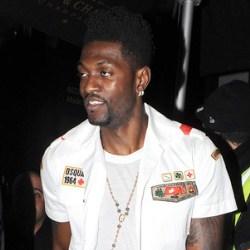 The Daily Star says Malaga will aim to hijack Tottenham’s deal for Adebayor, if they can’t persuade Arsenal’s want-away striker Robin van Persie to join them.

The club’s ambitious owner, Sheikh Abdullah Al-Thani, is desperate to bring in a big-name player this summer.

And they are reportedly scouring the Premier League for attacking talent as they look to make an impact in the Champions League next season.