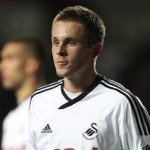 Sigurdsson is on-loan at Swansea from Hoffenheim and is being tracked by Arsenal boss Arsene Wenger, who has been asking Reading officials about the former Royal.

However, big spending Malaga are also interested in the Iceland international and have the spending power to outbid Wenger should it get down to an auction.