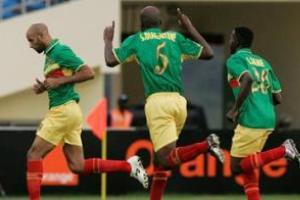 Two goals in the first four minutes helped give Mali a 3-1 win over Malawi but it was not enough for them to advance from Group A of the African Cup of Nations at the Chiazi National Stadium in Cabinda.

Mali needed a win over Malawi to have any chance of advancing from the group after a 4-4 draw with Angola and a 1-0 defeat to Algeria, but their fate was decided in the other match, which finished goalless.