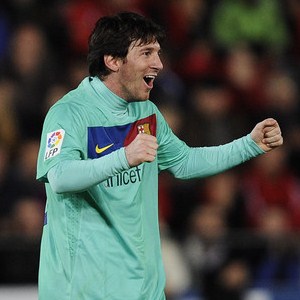 Lionel Messi, David Villa and Pedro Rodriguez were all on the scoresheet as Barcelona saw off Real Mallorca 3-0 to power on at the top of the Primera Division standings.

Barca were without key quartet Xavi, Carles Puyol, Victor Valdes and Dani Alves through a mixture of injury and suspension and they looked set for a testing night at the Iberostar Stadium as Michael Laudrup’s Mallorca started brightly.