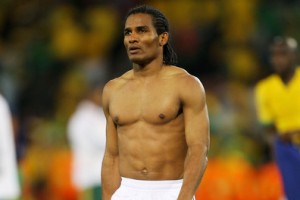 Florent Malouda has admitted that the French national team did not have the right attitude at this year’s World Cup.

Les Bleus experienced one of their worst World Cup performances in history to record just one point in the group stage which included defeats to Mexico and South Africa and Malouda believes it was doomed from the start.

“It’s a shame, but given what happened before the match it would have been a miracle to win,” he said.

“We didn’t have the right attitude to get beyond the group stage. I would like to apologise on behalf of all the players. We’ll be discussing things among ourselves. There’s a lot of tension in the squad, which isn’t ideal for preparing an important game.

“We lost our chance to qualify long before today. It’s been difficult within the squad. We’re not proud of what we’ve done. I don’t know what we’ll have to do to earn forgiveness.”