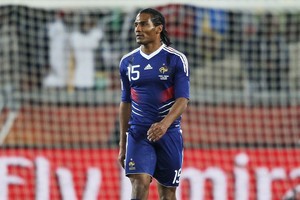 Chelsea winger Florent Malouda admitted that he was gutted after France lost 2-0 to Mexico, essentially bundling them out of the 2010 World Cup.

France now have one point from their opening two Group A matches but will need to defeat South Africa by at least two goals and hope Uruguay can do the same to Mexico if they are to somehow make it through to the Round of 16.

Malouda said he was ashamed of the loss and was definitely targeting a win in their third and final group stage match.

“It’s shameful to lose like that,” said the Les Bleus forward.

“We can’t leave a tournament without winning a match.”