Reports are out claiming that Mamadou Sakho has returned to full fitness and is targeting a Liverpool return plus a recall to the France World Cup squad. 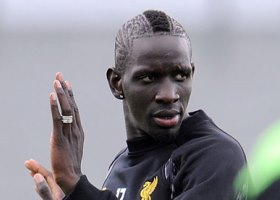 The French defender was on the bench for last weekend’s win over Manchester United.

“I feel good now and I was delighted to be on the bench for the United game,” the 24 year old told the Liverpool Echo.

“Two and a half months is a long time to be out and it was tough. It took much longer than we thought but I had to listen to my body.

“Initially we thought it was the muscle in my hamstring but it turned out to be the tendon which was causing the problem and that took more time to heal. I worked really closely with the medical staff to get back.

“It will be difficult to get back in the team because everyone is playing well, but at a big club like Liverpool you expect competition for places.

“Things are never easy in football. I am working hard and I am ready for when the manager needs me.

“There are still nine games to play and a lot to play for. I also need to win my place in the France squad for the World Cup.”