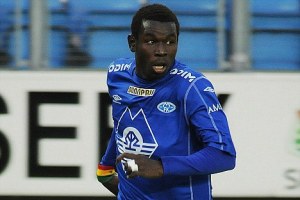 New signing Mame Biram Diouf has been handed the No32 by Manchester United.

It was confirmed in the club’s website yesterday that Manchester United have registered Diouf with the Premier League and he will wear the number 32 jersey.

Diouf arrived from Molde and has been training with Manchester United since the closure of the Norwegian season.