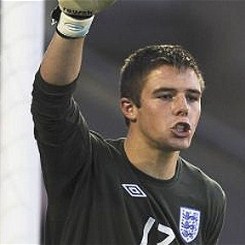 The People revealed that Arsenal and Manchester City are locked in a ­tussle to sign England Under-21 keeper Butland.

The 18-year-old, currently on loan at Cheltenham Town, is at the centre of a fight between Arsene Wenger and Roberto Mancini who both want to land him, possibly in the next window.

The move could fetch Birmingham around £1.5m.