The father of Nigerian starlet Kelechi Iheanacho has revealed that his son is set to join Manchester City. 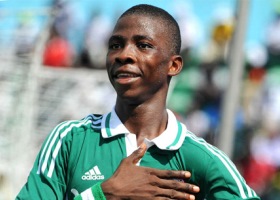 The talented striker, voted player of the tournament at the FIFA U17 World Cup, has been linked with Manchester United, Arsenal and FC Porto but his dad James has revealed that City have won the race to his signature.

“We prayed and, after talks with family members, we came up with Manchester City, believing he has a future there,” Iheanacho Snr said. Thomas Vermaelen : I Have No Intention Of Leaving Arsenal!