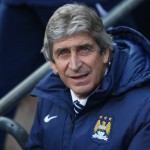 Reports are out claiming that Manchester City boss Manuel Pellegrini is unimpressed by Manchester United’s revival.

“For me, the strange thing was why they didn’t do it before, earlier in the season.

“But it’s not a surprise how they are playing in this moment.”