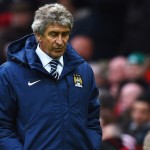 It has been reported that Manchester City boss Manuel Pellegrini has hit back at Chelsea rival Jose Mourinho over his latest barb.

Mourinho has attacked City over their punishment for breaching European football’s Financial Fair Play regulations last year, claiming they should have been docked points.

The Chilean said: “I don’t have a view about that. Every manager can say what he wants about Financial Fair Play rules. We don’t lose points because we don’t deserve (to).

“There are so many things he (Mourinho) always says that don’t matter – about Chelsea or referees or the FA Cup or other managers or other things.

“When you think everything is normal to say to win, you can say what you want.”