Interesting transfer news are out claiming that a Premier League club is preparing a bumper January bid for Real Madrid defender Sergio Ramos. 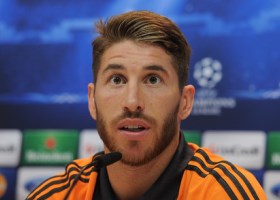 Punto Pelota revealed that a €50 million offer will arrive from England for the Spain international, who will also be tabled a €11 million-a-year contract.

While the identity of the club has not been disclosed, Manchester City and Chelsea have been linked with Ramos this season.

City boss Manuel Pellegrini worked with Ramos while in charge of Real, as did Jose Mourinho, whose boss, Chelsea owner Roman Abramovich, is a huge fan of the centre-half.