It has been reported that Manchester City have priced Sergio Aguero at £57 million in the wake of interest from Barcelona and Real Madrid. 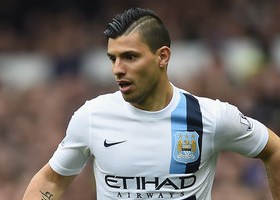 Reports in Spain suggest that Lionel Messi’s father, Jorge, wants Argentine international colleague Aguero to be a top transfer target for Barcelona as a condition of his son committing his future to the club.

The Daily Express claims that City have no intention of letting Aguero go, despite an injury-ravaged campaign, but realise that every player has their price.

Aguero is under contract at the Etihad until 2017 but City are conscious that his value is nearing an all-time high given his age and contractual situation.

Moratti : Balotelli Will Only Be Sold For The Right Price!