It has been reported that Manchester City face a massive £50 million fine for breaking UEFA’s financial fair laws. 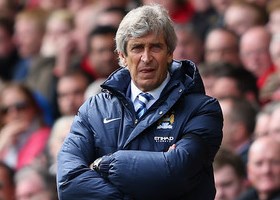 PA Sport revealed that City are facing UEFA sanctions for breaching financial fair play rules which would see the club limited to a 21-man Champions League squad instead of the usual 25 players next season, it can be disclosed.

City, who are still strongly challenging the settlement offer from UEFA, are also facing a fine in the region of 60million euro (£49million) over three years, and a cap imposed for next season to ensure there is no rise on this season’s Champions League A squad wage bill.

The reduction in the size of the Champions League squad to 21 would potentially hit the club hardest, and City would also have to ensure that there are still eight locally-trained players in that A squad.