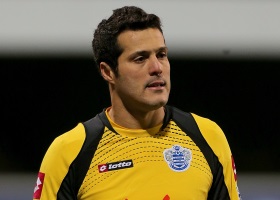 Reports are out claiming that QPR goalkeeper Julio Cesar is interesting Manchester City.

It is said that City boss Manuel Pellegrini is seeking a new No1 after losing confidence in Joe Hart.

The Sunday Telegraph claims that the Brazilian international could be the goalkeeper who replaces Hart at Manchester City in January.