Reports are out claiming that Manchester City are ready to make Southampton youngster Luke Shaw the biggest fullback signing in history. 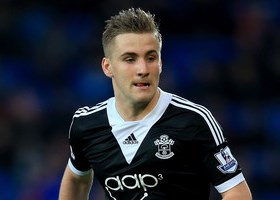 The Mail on Sunday clams that the cash rich Premier League club are ready to flex their financial muscle and pay a world-record £30million in January for Shaw.

It is said that City have made it clear to Saints chairman Nicola Cortese they will pay the fee immediately to blow away rivals Chelsea and Manchester United, who also hold a long-standing interest in the left-back.

The 18 year old is regarded as England’s long-term successor to Ashley Cole and City accept they will have to break the world-record fee for a full-back to get him — beating the £29.5m paid by Barcelona for Dani Alves in 2008.