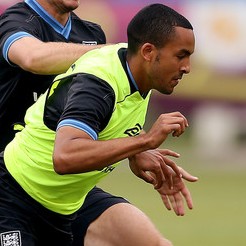 The Sunday Mirror reported that Arsenal will face a fresh battle to keep the England international star if they cannot agree a new contract by January.

Manchester City and ­Liverpool will monitor his situation and launch bids if Walcott’s future remains unresolved.

Juventus and Inter Milan and big-spending Paris Saint-Germain will also try to strike a January pre-contract agreement to sign him at the end of the season – but the Gunners have privately vowed Walcott will be the club’s final contract saga.