City are now title favourites, being three points behind leaders Chelsea with two matches in hand. 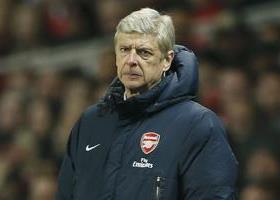 The Arsenal boss said : “Man City had a good result, they look a bit unstoppable,”.

“We have not too much room to come back into it, but we have to get some players back. It is difficult to fight with half the team out.

“I think at the moment it (the title) is not the biggest worry we have. We have to be realistic a little bit and try to come back a bit in the next game.”