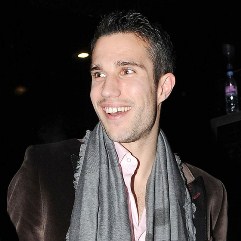 Reports have emerged that Manchester City are urging Robin van Persie not to commit to a new deal at Arsenal.

The Sun has reported that the Eastlands club will offer the Dutch international a £41.6 million deal to join them in the summer.

The mega-rich Prem leaders are convinced they will land the Arsenal hitman with a £30m bid.

City are comfortable that Van Persie will not sign a new contract at the Emirates and follow Gunners Samir Nasri, Kolo Toure and Gael Clichy to the Etihad.

The Dutch star, 28, will line up against City in Manchester for tomorrow’s big match.

And he knows this summer will provide his last chance to make one last big-money move — and he will also realise he has more chance of winning silverware with City.