Reports are out claiming that Manchester City have reportedly enquired about the availability of Chelsea veteran Ashley Cole. 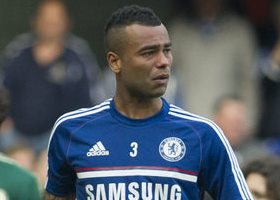 The Mirror reported that the Eastlands club have asked about the 33-year old left-back who is set to leave Stamford Bridge this summer.

But City, who are expected to clinch the title this weekend, have thrown their hat into the ring as they look to bring more English players to the Etihad Stadium.

Cole will be available as a free agent in June which would suit City as they would pay no transfer fee for an experienced and assured campaigner who would also help with their shortage of home-grown players in order to toe the line with UEFA rules.