Reports are out claiming that Manchester City are likely to go after Eliaquim Mangala again this summer. 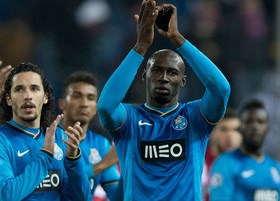 It is said that the Eastlands club were keen on the FC Porto centre-back in January but failed with a deadline day move which also included Brazilian midfielder Fernando.

City’s sporting director Txiki Begiristain reportedly watched Mangala score in Porto’s 1-0 Europa League quarter-final first leg win over Sevilla on Thursday night which is sure to enhance the potential of a £20million move at the end of the season.

23-year old Frenchman Mangala joined Porto from Standard Liege in 2011 and has since become an integral part of the Dragons’ line-up.