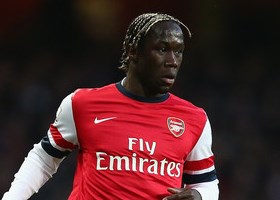 The French international defender will be out of contract in June and yet to agree new terms with the Gunners.

The Daily Star reported that Arsenal have offered him a new two-year deal on his current terms of around £60,000-a-week.

Offers already on the table from elsewhere have dwarfed this, with megabucks Monaco believed to have drawn up a staggering three-year deal worth £120,000-a-week AFTER tax – and a signing on fee of £10m spread over three years.

City are also monitoring developments are weighing up a move for the Frenchman.

If City do land the right-back he will be the fifth Arsenal star to be lured north after fellow France internationals Gael Clichy and Samir Nasri, as well as Emmanuel Adebayor and Kolo Toure. Arsene Wenger Sets Record Straight Over His Future With Arsenal