Interesting transfer news are out claiming that Manchester City are believed to have joined the race for Toulouse defender Serge Aurier. 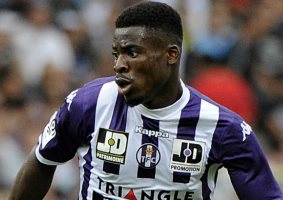 The Ivory Coast international, who mainly operates as a right-back, has already been heavily linked with Arsenal but Football Direct News is of the belief that City are now showing significant interest.

With the likes of Micah Richards and Joleon Lescott tipped to leave the Etihad Stadium this summer, City will need defensive reinforcements and it is believed that the 21-year old ’s versatility has alerted Manuel Pellegrini.

The former Lens man has been in fine form in France’s Ligue 1 this season, scoring six goals and providing as many assists, as Tolouse sit ninth on the league table.