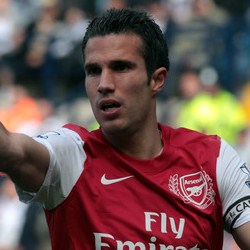 Roberto Mancini has revealed that he will not pay over the odds for Arsenal striker Robin van Persie.

The Daily Mail reported that three separate offers for Van Persie were submitted on Tuesday, with United offering in the region of £8million, Juventus £10m and Manchester City £12m — but all three offers were turned down by Arsenal chiefs, who want at least £20m for last season’s Footballer of the Year.

The Manchester City boss has made Van Persie his top summer target but despite their riches, like United, the Etihad Stadium club are unsure about forking out £20million for Van Persie.