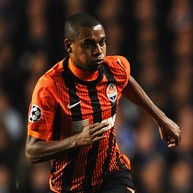 Manchester City have announced the signing of Shakhtar midfielder Fernandinho, with reports putting his price at £34 million.

The 28-year-old midfielder joined Ukrainian champions Shakhtar from Atletico Paranaense in 2005, scoring 31 goals in 184 appearances as well as playing a key role in their head-turning efforts in Europe which saw them win the final incarnation of the UEFA Cup in 2009 and impress in subsequent Champions League campaigns.

The midfielder, who will likely play in one of the deeper roles but with a brief to make surging runs forward, said: “This is a change, a challenge and a chance that I have been waiting a long time for. Playing in the Premier League for City is like a dream.

“My ambition here is to win all the titles, the team here is strong, and so is the greatness of the club and the supporters. Professionally this is a spectacular thing. Playing for a huge club in a huge league makes me so happy. I hope I will be able to repay City for what they have done for me.

“I know I will face challenges but I am prepared for them. Every player at a high level faces pressure and must respond and I am ready for that too. I know a lot about City. Ever since they expressed an interest in me, I have been learning more.”

City are currently between managers after sacking Roberto Mancini at the end of 2012-13, with hot favourite to replace him Manuel Pellegrini yet to sign a deal.

This has not kept the Citizens quiet during pre-season, however: Sevilla winger Jesus Navas has already been acquired for next season.