Reports are out claiming that Manchester City are set to beat AS Monaco for Barcelona goalkeeper Victor Valdes. 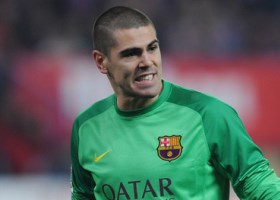 Off contract in June, the Spanish international has been in talks with both clubs since the New Year.

However, L’Equipe reported that the 32 year old will play for Manchester City next season. Both parties are said to have moved closer to a deal in the last few days.

He had accepted a deal to play for Monaco but one which had a clause allowing him to sign for another club if an offer was made. Rio Ferdinand : The Whole Team Must Defend Against Lionel Messi!