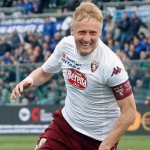 Reports are out claiming that Manchester City have joined the battle for Torino captain Kamil Glik.

La Stampa reported that Tottenham and City are both interested in signing Glik this summer.

The Poland international has enjoyed an impressive campaign in Serie A, with his employers hoping to be able to persuade the 27-year-old to stay with them for one more season.

Glik has also been linked with Arsenal and Everton.