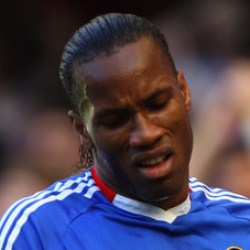 Interesting news are out claiming that Manchester City are ready to set up a sensational swap involving Carlos Tevez for Chelsea striker Didier Drogba.

It is said that the Argentine international striker is poised to demand an Eastlands exit in the summer and the mega-rich Stamford Bridge outfit are one of only a handful of clubs in the world that could afford his huge wages.

It is believed that Manchester City are desperate to hold on to the former Manchester United striker, but may accept a bombshell deal that would see them pocket around £30m plus Ivorian hitman Drogba as a makeweight.

The Manchester Evening News has revealed that City boss Roberto Mancini has been alerted to the availability of Drogba, who has just one year left to run on his Stamford Bridge contract.

The Ivory Coast international has become increasingly frustrated by the battle for places in Carlo Ancelotti’s team since the January arrival of Fernando Torres.