Reports are out claiming that Manchester City are interested in AS Roma defender Mehdi Benatia. 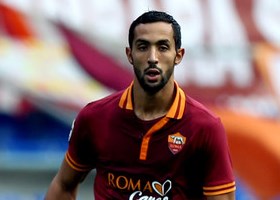 It is said that City are in the market for a new centre-half, with Joleon Lescott and Micah Richards due to leave and doubts over the future of Martin Demichelis.

The Sun reported that City are ready to gatecrash Manchester United’s move for Roma centre-back Benatia.

United have also been tracking the Morocco international since his days with Udinese.