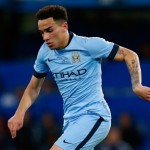 It has been revealed that Manchester City U21 captain Kean Bryan slammed the style of football played by Manchester United yesterday.

Speaking following the derby defeat, Bryan, 19, said: “Obviously in the changing rooms everyone is gutted and it’s devastating to be beat 4-0 by Manchester United when you’re a local lad when all you want to do is put that shirt on and make the club proud.

“They play counter-attacking football. We wanted to bring the game to them and we’re away from home.

“I don’t think that’s the way that teams should play, getting ten men behind the ball, I like the way Patrick (Vieira) plays, I think we had the better chances and should have got something from the game.”

Santa Cruz wants Tevez to join him at Man City