Roberto Mancini has selected Jack Rodwell in his Manchester City starting XI for the visit of Chelsea in the Sunday afternoon kick-off at the Etihad Stadium.

The midfielder has featured in just eight games this season after making the switch from Goodison Park to the Premier League champions, thanks in part to a host of injury problems.

Mancini also reinstates Joe Hart and Gael Clichy to the first-team after excluding them from the side’s 4-0 win over Leeds in the FA Cup last weekend. Hart replaces Costel Pantilimon, while Clichy returns in place of Aleksander Kolarov. 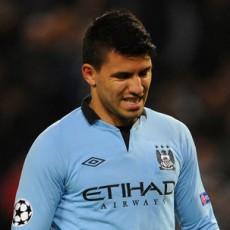 Rafa Benitez, meanwhile, makes six changes from the side that left it late against Sparta Prague on Thursday night.

Eden Hazard settled the tie from the bench with a last gasp scorcher at Stamford Bridge and comes into the line-up, but there is no room for Fernando Torres, who is dropped for Demba Ba.

Elsewhere, Frank Lampard and Branislav Ivanovic return for Cesar Azpilicueta and Oscar after being rested entirely on Thursday, and David Luiz and Ashley Cole also rejoin the first team, in place of Ryan Bertrand and Victor Moses.