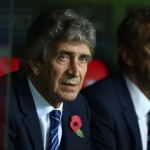 The Chilean claims that Wenger should be celebrated for his longevity as Arsenal manager.

“It is important and I agree that having a manager like Wenger, in the way that he works at one club for a long time, they will improve.

“Wenger is one of the great club managers and he has continued for 18 or 19 years. I don’t think that, after losing one game, he should receive so much criticism.

“The important thing is for a manager to create an idea and for the players and the club to believe in that idea.”