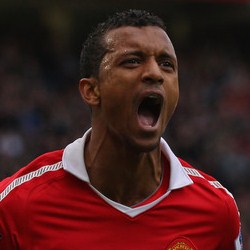 Sensational news are out and it has been reported that Manchester United winger Nani is weighing up a move to the Italian Serie A.

According to British newspapers, the Portuguese international star is ready to leave England and has asked his agent to explore options in Italy.

According to The Guardian, Nani, who only signed a new four-year deal last season, will not push for a move but instead wait and see what opportunities emerge.

Nani, 24, has been declared fit to face Marseille in the Champions League on Tuesday after recovering from the badly gashed leg he suffered in a tackle by Jamie Carragher in United’s Premier League loss to Liverpool.