Reports are out claiming that Manchester United hope to have agreement with Holland coach Louis van Gaal by the weekend. 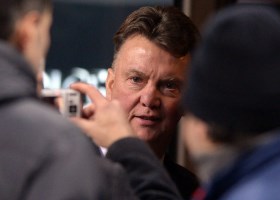 The Daily Mail reported that the official line is that the club are talking to other candidates, but the Dutchman remains the stand-out option and agreement could be announced by the end of the week.

There were suggestions in Holland last night that one sticking point may be the size of the coaching entourage he wishes to bring to Old Trafford.

United, though, said privately last week that they were willing to be flexible on that matter.

The Dutch FA are understood to want the situation clarified so their plans for the summer’s World Cup are not too badly affected.