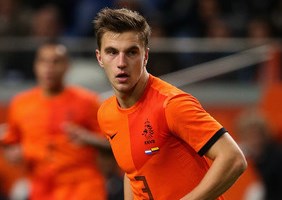 The Mail on Sunday revealed that Moyes will present Manchester United with an unprecedented £100million transfer hit-list this summer.

Among the names on his agenda is young Veltman, who he sees as a long-term replacement for Nemanja Vidic.

United were among several clubs, including Chelsea, Manchester City and Arsenal at the Ajax-Groningen match on Thursday when the Holland international played in his team’s 2-1 win.

Manuel Neuer : I Will Not Be Joining Manchester United