Interesting transfer news are out claiming that Manchester United have joined the battle for Aston Villa centre-forward Christian Benteke. 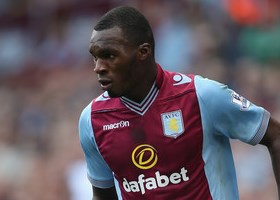 The Daily Star Sunday reported that United, Arsenal and Tottenham are preparing to slug it out for the Belgium international striker.

Villa Park boss Paul Lambert, having persuaded Benteke, 22, to sign a new four-year deal in the summer, is definitely under no pressure to sell. There is no release clause either.

And should the Midlands outfit refuse to budge in January, United, Arsenal and Spurs will be forced to look elsewhere for a striker – or come back again next summer.

The Premier League rivals all want the Belgium hitman in the new year and are ready to start the bidding at around £25million.