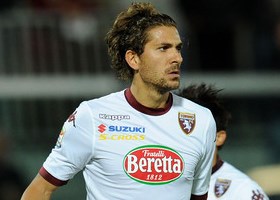 The Daily Express revealed that reports in Italy suggest Arsenal and Manchester United are tracking the 26 year old Italian international this season.

United are thought to have been monitoring the former Roma forward for a while, but Arsenal have turned to the Italian international as an attacking option after seeing Cerci net eight goals in twelve matches so far this term. Angel di Maria To Be Handed No.7 Shirt At Man Utd