It has been revealed that Premier League clubs are on red alert over stalled contract talks between Juventus and Andrea Pirlo. 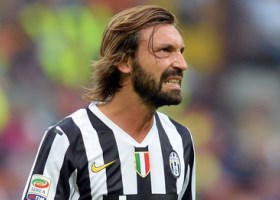 The Daily Mail claims that the Italian international midfielder is effectively on trial for the next three months, as coach Antonio Conte assesses whether he merits another contract.

If the decision goes against him, it is widely expected he will seek a fresh start abroad, with England and Spain joint top of his wish list.

A free agent at the end of the season, it is understood Juventus would consider releasing him in January, if new terms are not forthcoming.

It raises the intriguing prospect of Manchester United possibly seeing him as the injection of midfield craft they so desperately need or Chelsea, who almost signed him in his Milan days, Arsenal or Tottenham offering him the chance to bolster their title campaigns.