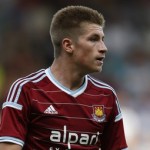 It has been reported that West Ham United are ready to make Reece Burke among the highest paid teenagers in the country.

The Mail on Sunday claims that West Ham are set to offer 18-year-old starlet Burke, who is nowhere near the first team, a £4,000-a-week contract.