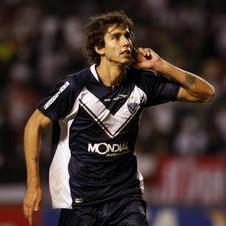 Interesting transfer news are out and it has been revealed by the agent of Velez Sarsfield star Ricky Alvarez that Premier League giants Arsenal and Manchester United are keen on his client.

It is said that Arsenal have been in talks with Velez for the attacking midfielder since the end of last season – and United made contact just last week.

Marcelo Simonian told Calciomercatoweb.it: “The boy is liked by Arsenal and Manchester United, but Italy appears to be in a position of advantage.

“Ricky would certainly be happy there.” Arsenal To Bench Ospina For Must-Win Clash With Bayern Munich