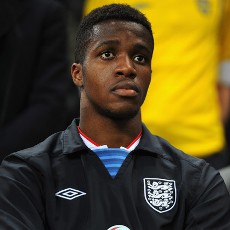 Reports are out claiming that Manchester United and Arsenal must wait beyond January to land Crystal Palace whizkid Wilfried Zaha.

The Sunday Mirror claim that Palace want the 20 year old England international to spearhead their push for the Premier League – and have told boss Ian Holloway that there will be no ­pressure to sell in January.

Holloway explained Palace’s position to Zaha on Friday afternoon and was encouraged by the winger’s positive response as the Ivory Coast-born youngster said he was ­desperate to help the Eagles return to the ­top-flight.

A Palace insider said: “It would be easy to cash in on Wilfried in January, but the feeling at the club is that it would be a false economy. It is a case of giving it our best shot to win promotion – and that means keeping Wilfried at Selhurst Park.”

Mancini : Manchester City Had The Chance To Sign Fernando Torres