Interesting transfer news are out claiming that Manchester United and Barcelona are keen on Porto defender Eliaquim Mangala. 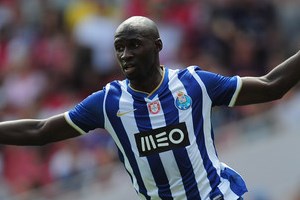 A Bola reported that both European giants had scouts in the stands to see the 22 year old France international in action against Maritimo on the weekend.

The Spanish champions are considering Mangala as cover for skipper Carles Puyol.

Mangala was interesting Chelsea earlier this summer amid talk of Barca making a bid for David Luiz.